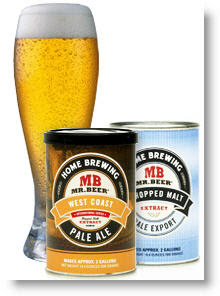 Incorporate the crisp, clean and refreshing taste of the West Coast Pale Ale with the traditional continental style of the golden colored Pale Export UME to create an American style cream ale. 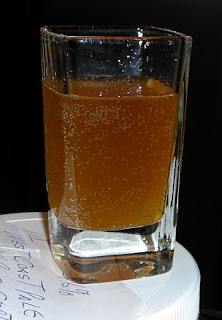 Taste Sample Before Bottling
Brewer's Comments:
"This is my first time brewing this beer. I selected this 'Premium' recipe because it doesn't sound too 'heavy' so it should make a nice thirst quencher during these really hot summer days".

Carbonation:
Just as in the fermentation process carbonation times will depend on the complexities of each recipe. As a rule of thumb recipes containing many ingredients take longer to carbonate than recipes with few ingredients.

Conditioning:
I usually condition my beers in a cool basement for 21 days before drinking it, allowing all the flavors to fully merge and mature in the bottle before drinking. In a dark basement, with a consistent year round temperature range of 55-70F, naturally brewed beer can be stored for up to 12 months. Prior to drinking the beer should be refrigerated for 24-48 hours and served cold in a clean glass.

Posted by Vince Feminella at 9:41 AM