Unlocking The Mysteries Of Yeast

Many of you more experienced brewers out there already know that the the type of yeast used to ferment your beer can make a huge difference in the way your finished beer tastes. More importantly the way the yeast is pitched can also make or break your fermentation, resulting in a beer that comes out crisp and clean or one that has a lot of off flavors making it impossible to drink. 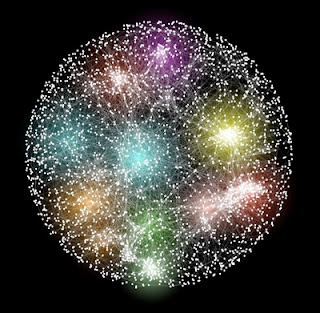 High Tech Imagery Of Saccharomyces
When it comes to getting the most out of your yeast there are three basic rules to follow time, temperature and sanitization. Proper sanitization is the key to producing any beer, so remember to sanitize your utensils before using them to make your beer. If I'm not sure if a utensil should be sanitized while I'm brewing I sanitize it just to be sure. 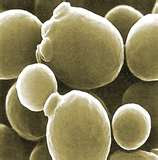 Saccharomyces Cerevisiae
Most types of ale yeast available from Mr. Beer ferment the best when wort temperatures are kept within 68-76F, which also makes them compatible with the temperatures found in most homes. But some ale yeasts work best at 57-70F so it's always important to read the directions that ship with the particular type of yeast your are using. Keeping your yeast healthy and vital throughout the entire fermentation process will result in lots of alcohol and co2 which are necessary for making a really great beer.

Read The Directions
Every brewer wants a good fermentation of the beer they've brewed. You've researched and found that perfect beer recipe, purchased the best ingredients available, carefully followed the brewing instructions to the tee and now it's up to the yeast. The amount of time the fermentation will take is dependent on the type of yeast, the temperature of the fermenting beer and the amount of fermentable sugars in your recipe.
Try to always keep your fermenting beer at a constant temperature throughout the fermentation process. This temperature should be within the recommended temperature range for the yeast you're using. Maintaining the right temperature and keeping it as constant as possible will help you with your future brews as well, you want to keep key parts of your brewing process as repeatable as possible it'll make tweaking your recipes a bit easier.

Yeast Cells
Now that we understand some of the basic principals about yeast and the important role it plays in our beer fermentation process we can apply these principals to our next brew and produce some really good tasting beer. To compare the differences yeast can make in your beer I suggest brewing at least 2 batches of beer using the same exact ingredients except for the type of yeast and see what you find out.


Click here to find out more about .....Yeast In Your Beer.

As the temperatures in New Jersey start to fall, and in the colder months ahead, I plan to brew several batches of beer using Lager yeast (Saccharomyces carlsbergensis) in place of Ale yeast (Saccharomyces cerevisiae). Although the recipe ingredients and the brewing steps are the same for both lagers and ales, the real difference is in the yeast strains and the taste of the beers that they brew....
Posted by Vince Feminella at 8:06 AM