I first brewed this recipe in early June 2010 and really didn't get around to drinking it for at least 4 months or so. Last night we drank 2 liters of Novacaine, as well as a bunch of other home brews, and everyone really liked this Barley Wine a lot. I remember opening the shipping box and pulling out what seemed like an endless amount of ingredients that would eventually go into making the Novacaine recipe.

This recipe was then and still is the most expensive single batch brew I have ever made. The recipe included 5 cans of extract, liquid yeast and four packets of pellet hops and cost over $50.00 to buy not including shipping. I followed the recipe's instructions carefully and noted that there were a few things worth remembering for the next time I brewed it.
I used qBrew's default 'American Barelywine' style guidelines to crunch this recipe's numbers. You can download the November 2010 qBrew database below and use it to upgrade your current ingredient database. This latest ingredient database includes more yeast, fruits, extracts and other helpful entries then ever before. 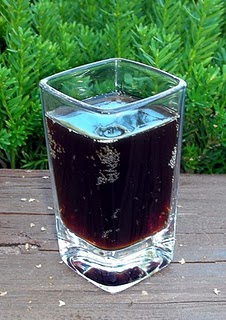 Residual Co2 In Bottling Sample
The first thing to remember is to use a pot larger than the standard 3 quart pot recommended in the instructions as this recipe calls for twice the volume of ingredients normally used in other recipes. This isn't an issue for me today as I had already switched to using a 6 quart stainless steel pot a few months ago.

I had let the wort ferment for 21 days at a constant 70F temperature prior to bottling it in 1 liter PET bottles. Mostly all of the krausen was gone by then with only a few small islands of foam remaining at the top of the beer. There was a 3/8-1/2 inch layer of trub lying at the bottom of the 2.13 gallon fermenter but the fermented beer itself was very clear, thick and very tasty. 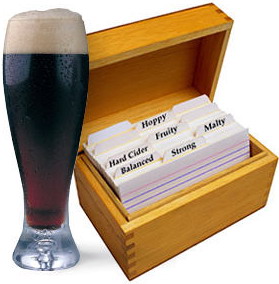 I Highly Recommend You Give Novacaine A Try
Posted by Vince Feminella at 1:00 AM